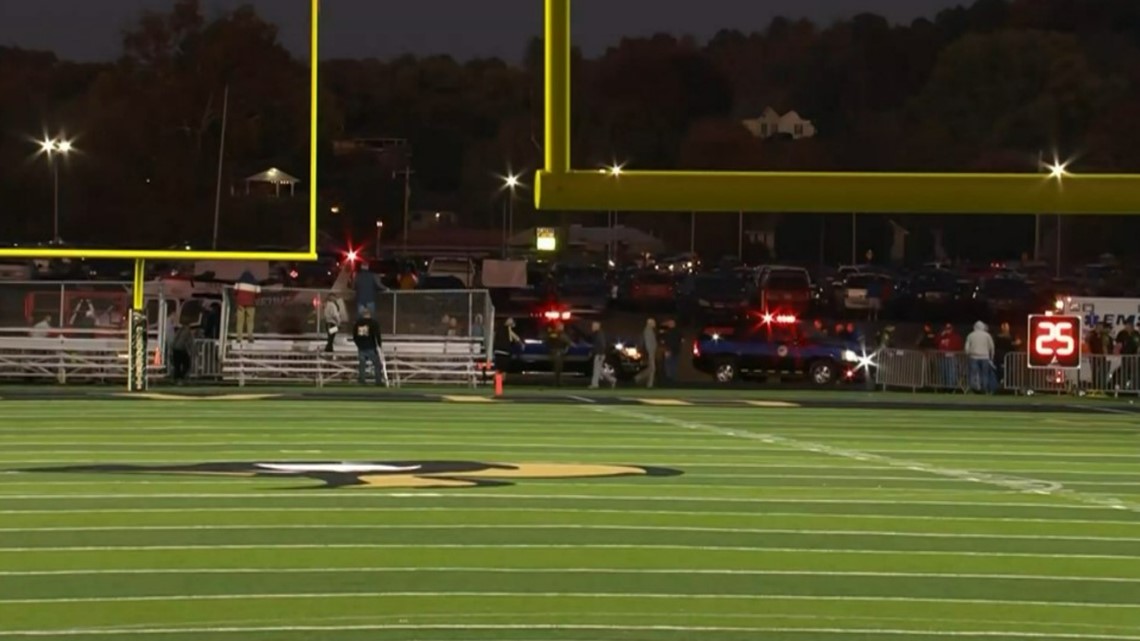 A skydiver has died after his hard landing from a pregame jump at a Tennessee high school football stadium on Friday, officials said.

Boyd said the skydiver was a beloved husband, father and grandfather. He said mental health support professionals will be at both schools on Monday.

“Our deepest sympathies go out to the family of the injured skydiver that has passed away,” Boyd said in the statement.

Jump TN, a company in Greeneville, said in a statement that the 55-year-old man worked with the company and had performed more than 1,500 jumps during decades of experience.

In what it described as a “hard landing outside of the intended landing area,” the company said observers and witnesses did not notice anything unusual about the free fall or his parachute, saying it was deployed “without incident.” Witnesses “didn’t notice anything unusual about the parachute’s performance that would indicate any abnormality or malfunction,” the company said.

Witness video published by WJHL-TV showed the skydiver with his parachute deployed, rapidly descending in circles toward the ground as onlookers screamed.

“The entire skydiving community is saddened by the sudden loss of a wonderful member of their community,” the company said. “Our hearts and prayers go out to the family and friends of the deceased.”

Officials have not yet released the identity of the skydiver.

After the incident, the skydiver was airlifted to the hospital for his injuries and a moment of silence was held. The football game went on with a delayed start.

The accident marked at least the second skydiving fatality this week. State and federal authorities are investigating the death of a Michigan man in a skydiving accident in New Jersey.

State police said they responded to a call for medical assistance at about 2:30 p.m. at the Alexandria Field airport in Alexandria Township in Hunterdon County.

Police said first responders found the skydiver lying in a field near the airport runway. Brandon M. Jackson, 37, of Troy, Michigan was pronounced dead at the scene, police said.

The Federal Aviation Administration it had been notified and was investigating.